Last week when I posted the article about Microsoft’s Biggest Release and seeing the image of all those floppy disks it took me back to my childhood. I honestly have thought floppy disks have gone the way of landlines, VHS and Betamax tapes. Especially considering many kids today only know the floppy disk as the ‘save icon’ not as removable media that was the standard of any PC up until the mid/late 90’s when CD-ROM’s took over. Then I come across an article today discussing how Japan is declaring war on floppy disks for ‘government use‘. Wait Japan?! I would have expected to see a story of a country’s government still stuck in the “dark ages” using outdated technology coming out of South Korea. Sure, South Korea has great broadband Internet, but they still need to use Internet Explorer (or a browser that can emulate IE) for certain Government and Banking Websites. In case you missed the news, Microsoft shutdown the final version, Internet Explorer 11 back in June of 20022. Here’s the irony of this: Japan is where Sony is based and Sony discontinued making floppy disk backs in 2011…yet the Japanese Government is still using floppy disks today. 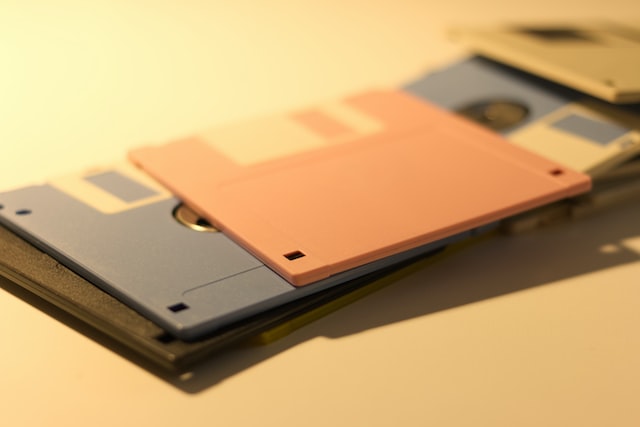 Photo by Kelsy Gagnebin on Unsplash

Japan’s newly appointed Minister of Digital Affairs, Taro Kono, has declared war on the floppy disk and other forms of obsolete media, which the government still requires as a submission medium for around 1,900 types of business applications and other forms. The goal is to modernize the procedures by moving the information submission process online.

Kono announced the initiative during a press conference in Japan on Tuesday, according to Bloomberg. Legal issues have prevented the modernization to cloud data storage in the past, and Japanese government offices often use CDs, MiniDiscs, or floppy disks to accept submissions from the public and businesses. For example, Japan’s Mainichi newspaper reported in December 2021 that Tokyo police lost two floppy disks containing information on 38 public housing applicants. A digital task force group led by Kono will announce how to fix those issues by the end of the year.

What amazes me about this is they still have the hardware such as Floppy and CD ROM/RW Drives to support this obsolete media. But then again, external drives and even minidiscs players (Apple killed those with the iPod) are still readily available to purchase on Amazon. Yes, you can even buy the discontinued Sony floppy disks too. Besides being very easy to lose or have stolen, floppy disks have a whole slew of other issues such as sensitivity to extreme cold, heat, moisture and dust; magnetic interferences and like anything else mechanical there is only so much normal wear and tear usage they can tolerate before they become unusable. CD ROM’s were a major upgrade with not only in the amount storage, but they didn’t have those sensitivities likes floppies did. This is not to say CD ROM’s were indestructible as they could easily be scratched or broken with poor handling.

It is going to be interesting to find out what this digital task force group comes up with to fix these issues. 1900 applications/forms is a lot to convert and something I don’t see them being able to get through quickly.  Mostly going to depend on what type of digital infrastructure they already already have in place that they could potentially integrate into or if they are going to have to start from the ground up (new hardware and software). Nonetheless, sounds like there is going to be many job openings soon in Japan for Web Developers, Database and Servers Administrators and any other IT jobs associated with this conversion.